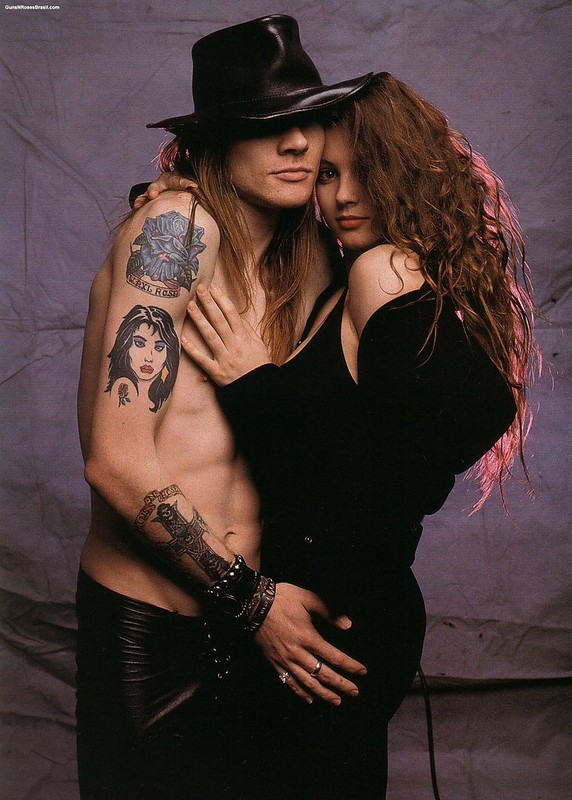 Use Your Illusion I and II will finally be released on September 17, said a Geffen spokesman in late August. The albums’ release comes after Guns ’N’ Roses has completed the entire first leg of their huge world tour; the band is currently in the United Kingdom.

In the meantime, authorities have now filed assault and incitement to riot charges against singer Axl Rose after the melée that occurred at the band’s show in Riverport Performing Arts Center outside of St. Louis, MO (see video). A full-scale riot occurred after Rose jumped into the audience in order to wrestle an illicit camera from a fan. Rose may face a year in jail if he returns to the state.

The suit filed by the promoters is still pending, and Guns ’N’ Roses are reportedly countersuing.

Rose recently admitted that he is undergoing therapy while on the road, sometimes spending up to 20 hours a week with a therapist. “I was told my brain was all twisted by my miserable childhood,” he said, claiming that he has suffered depression and violent mood swings, as well as thoughts of suicide.