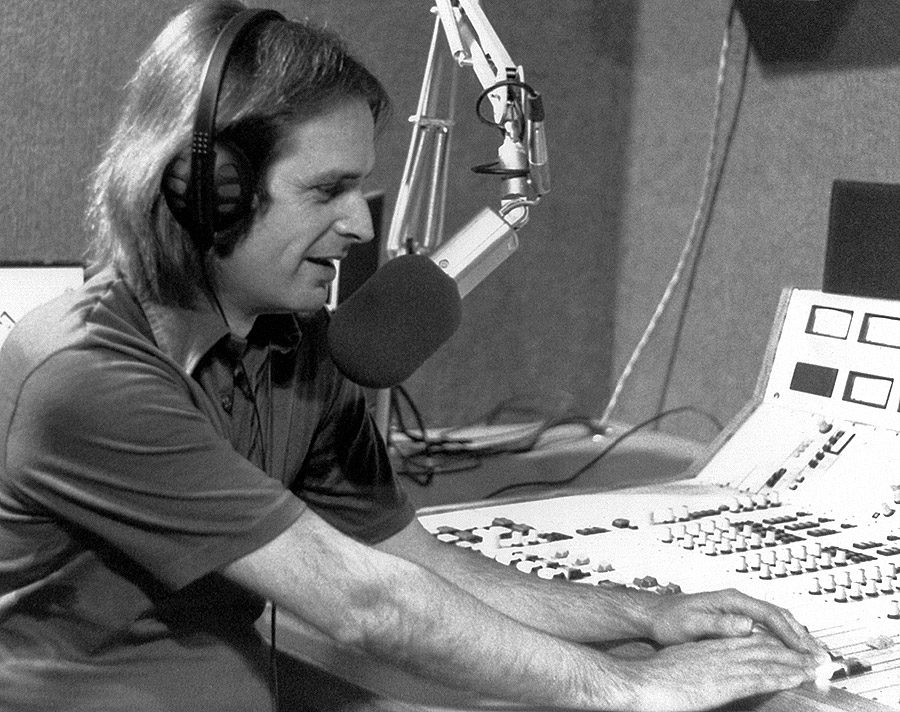 He’s raucous and rowdy, loud and lascivious, rude, crude, and the original Bay Area “shock jock.” His name is Dennis Erectus, and whether or not you’re a loyal listener to his nighttime slot, you’ve surely heard of his controversial trade.

“My main goal is to make people laugh,” says Dennis, reclining in a chair in the KOME studios in San Jose, where he plies his trade each weeknight. “This term has come up — ‘shock radio’ — and everybody is condemning it. To me, shock radio is like first degree murder…what is the intent of the person doing it? My intent isn’t to gross people out or hurt people. Shock radio can mean attacking somebody just because they’re a certain race…that’s been done. My main thing is to make people laugh.”

“Also, I attack schools of thought that I don’t believe in.” I detect the slightest wry smile as he adds: “For example, Republicans, Pentecostals, whatever.”

“The character that I play on the air is an extension of what I really think, but at the same time, a lot of the reason why Dennis Erectus acts the way he acts, is because I’m satirizing something that I think is ridiculous.”

“What I think is funny makes a lot of people mad. I want [the show] to be controversial; I’d rather be on the cutting edge or doing something different, because there is so much sameness in radio.”

Dennis Erectus began his career at San Francisco State University in college radio, participating in what many call the most free and easy format in radio, “free-form,” which means each individual DJ can decide what they want to program on their slot.

“I could do what I wanted. So I did, even from the first day,” remembers Dennis.

“Often in radio, people think that the way to go is by imitating their most successful competitor,” says Erectus. “That just makes for sameness. I wish people would take a chance…there’s no reason not to. As long as you don’t say certain words, the FCC (Federal Communications Commission) will let you do anything, absolutely anything.”

“I’d like to see people utilize the ‘theater of the mind’ aspect of radio more, because you can do anything. It’s like a comic book; in a comic book you can draw anything, so you can make anything happen.”

“Since radio is theater of the mind,” he contends, “you can broadcast from Mars if you want to.”

Dennis began at KOME in 1977, then was cleaned out in 1983 when new management took over the station and fired almost everyone.

“In ’84 I went to San Antonio and did mornings,” he relates. “That didn’t last very long, so I came back to the Bay Area and did various other jobs.”

In 1987, KOME asked him back, where he’s been ever since, excluding a minor management in early October that saw the DJ fired for one day. “It was a hassle, but it’s been resolved,” Erectus commented.

Some of the characters he brings to life in his shocking representation of theater of the mind include President of the Christian Republicans for God Johann Schmidt, Swami Erectus, S&M Mistress Monique, the Reverend Jimmy Swaggart, psychic Monica Sepulveda, and Dennis’ own sister, Denise.

“I like the idea of the audience turning on the radio and not knowing what they’re going to hear.”

Aside from the on-air personality of Dennis Erectus, there is the off-air, real Erectus. Beside radio, which he admits has been his love since the age of 14, his other interests include paleontology, herpetology, and “campy old movies and television shows.”